The impact of the COVID-19 crisis on businesses, and as a result on employees and the self-employed, has been like no other in our lifetimes. Most Governments around the world, including in Malta, have recognised that the minimisation of the impact on employment is a crucial component of the economic mitigation so as to enable economic activity to restart as the crisis is addressed.

It is with this background that all eyes have been on the unemployment figures, as these indicate the extent to which the Government schemes to assist businesses and the self-employed are working in retaining employment.

The National Statistics Office in Malta have this morning published the March 2020 unemployment figures.  I believe that these should also be read in the context that, as at the end of March, the impact was still being assessed and the Government was still announcing schemes which continued to evolve.

The total number of people registering with JobsPlus under the Part 1 and Part 2 registration increased by 19.92% between February 2020 and March 2020, representing an additional 353 people.

The NSO web site shows the detailed breakdown of Malta unemployment figures for March 2020.  With many companies being in a hold pattern in March, prior to taking more decisions, I believe that the situation for April 2020 is likely to deteriorate further. 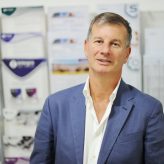