You’ve experienced it. You come into the office with a real big smile on your face and suddenly people respond to you with a smile and seem to treat you better. It’s a well-researched social phenomenon. In fact, just looking at photos of happy-faced people has been shown to make a person’s brain waves go into a happier mode.

And seeing a smile can give you more pleasure than money, sex or eating chocolate. In this article, you will discover the answers to some perplexing questions about smiling.

When do you begin smiling?

Though babies aren’t born smiling, about three weeks after birth, and probably after a good burping, babies give a fleeting smile in response to touch and sound and visual cues like the funny faces and sounds you tend to make. They start recognizing faces and smiling socially, that is smiling to get you to smile and treat them well at about eight to twelve weeks. Just about the time you are tired of getting up at three in morning and changing their diapers. A child’s smile has been shown to give the same level of stimulation as eating 2,000 chocolate bars or receiving $15,000 dollars in cash.

Somehow that ability to socially smile so that others will want to treat us well can be hammered out of us at work. Imagine this: someone comes in the office and asks us how the day is going and we grimace downward. If we don’t smile often, when we need someone to help us make 200 copies, stay late, rerun those numbers (change the metaphorical dirty diaper), they are not cooperative.

How do you smile or what defines a smile?

You can use over eighty different facial muscles to smile and we typically see it as a spreading and upturning of the lips. It changes the face significantly enough that it can be detected and recognized after three seconds from a great distance – 300 feet, or the length of a football field. Sounds incredible, doesn’t it?

Why did our ancestors need to smile?

Though they did not attend a lot of cocktail parties where they needed to smile and make small talk, our caveman ancestors did run into other cavemen they did not know. So they smiled as they approached a stranger to say, “I am harmless. Don’t pick up your spear and kill me.” In fact, it is the oldest form of expression –to show a desire to cooperate. So even when the smile was a football field away, the caveman noticing his approaching knew the smile was safe and he shouldn’t be afraid.

Does a smile mean that someone is happy?

No. There are over fifty different types of smiles. We smile not only when we are happy but when we are feeling a multitude of other emotions as well. This may make it difficult to tell what someone really means when they smile. According to Paul Ekman, the father of facial expression research, there are more than a dozen different positive emotions expressed with various smiles. If you know what specific part of the face to look at, you can tell whether someone is really smiling from happiness or not.

How can you tell if someone is giving a sincere smile?

Look at the eyes not the mouth. When looking for a real smile we usually look for a zygomatic smile because it uses the zygomatic major muscle that runs from the cheekbone down at an angle to the corner of the lips. In a zygomatic smile, the lips turn up significantly at the corners and the cheeks seem to lift up. This smile makes us look happy. When the media outlets like US Weekly send me photographs of celebrity couples, I look first for that smile.

The lower part of the face however is easy for someone to manipulate, so the person could be giving a fake smile.

The upper part of the face is key. We often look for the little wrinkles at the middle outside corner of the eyes. Most people call them crow’s feet, but I call them happy feet. Michael Douglas inevitably has those wrinkles when he has his wife on his arm. Again that still may fool us. We still don’t know just from crow’s feet if someone is happy or he wants to look happy.

Typically, when someone is really happy their brow lowers and their eyes seem smaller. So look specifically at the muscles that surround the eye socket. The muscles around the outer part of the eyes are hard to consciously control; only ten percent of the population can do it. So a real smile, that is one from joy, contracts the circle of muscles around the eyes. You also look at the brows overall and see if they lift from the person’s normal resting position.

Movement is key. If are you with a person as they smile, look for the wave. No, not the football stadium arm wave, the face wave. A real smile seems to crest over the face like a wave, changing very rapidly from a small facial movement around the lips and lifting the sides of the face and the eyes then the brows into a broad open expression. Put your hands flat over your face right now. Let your face relax. Now think of a cute puppy, your favorite sitcom star or say money and smile. Did you feel your hands move up? Did you also notice saying the word “money” creates the wave; kind of funny isn’t it?

Timing is important. Just like other facial expressions, the smile occurring with the person’s words and emotions tells you if it is heartfelt. Typically, a person will feel happy, smile and then say something happy. Feel -show – say. If you ask them if they are in a good mood and they say, “Sure.’ Then they hesitate, then smile, they are not feeling that smiley.

Listen to the voice. The timbre of the voice of a real smile is so distinctly different from a fake smiler that the blind have no trouble distinguishing the voice of someone giving a real smile. You can tell when someone is smiling when you talk to them on the phone.

Does it pay to give real smiles?

Experts coded women’s smiles in their yearbook photos. Women who gave real smiles were compared to those who didn’t. Years later, the real smilers overwhelmingly had happier lives.

Do men and women smile differently or for different reasons?

You know the answer to this one. Any man who has heard his wife say, “Everything is fine” smile as she presses her lips together tightly knows that. And he knows he’d better watch out. Women fake smiles more than men do and are more aware of smiling, though they are more likely to stop smiling in private. Men as a gender are uncomfortable around women who aren’t smiling. Men are often concerned that their smiles will make them appear less powerful, which makes sense as men with higher levels of testosterone smile less often. But it is rather sad that if you smile less often, you tend to have fewer close relationships with others.

Do Americans smile more or differently than people in other cultures?

Americans smile more often and are more likely to simply part their lips and stretch the corners of their mouths to smile. Basically, we give a lot of fake smiles.

Thought the British have a restrained dignified smile, they are more likely than we to smile by pulling their lips back and upwards and exposing their lower teeth and doing the eye changing real smile. The French rarely smile at strangers, and tend to think Americans who smile all the time look ridiculous. But once they know you, they will smile just as positively as anyone. In some Asian cultures people put their palms in front of their faces to cover an embarrassing show of emotion given by a smile. In Korea smiling can be seen as something shallow people do. In Indonesia the resting position of the face is very often a smile.

Just as the Cheshire cat left its mysterious smile behind when it left, the smile has a lasting effect on us. Next month you will learn how the smile affects your relationships with your coworkers, sales and customer service interactions. 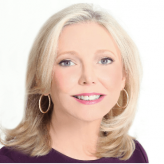 Patti Wood MA, is the Body Langauge Expert. As a top Speaker, Coach & Author she provides comprehensive group and one-on-one training. You can learn more about Patti Wood at www.PattiWood.net. You can contact Patti directly at Patti@PattiWood.net