Ryanair has invested over €620M in Malta, with 6 based aircraft, 2 of which are new Boeing 737 “Gamechanger” aircraft that carry 4% more passengers but burn 16% less fuel and emit 40% less noise, and also a new Maintenance Hangar facility which opens in Nov’2022, supporting over 500 highly skilled, highly paid aviation jobs for pilots, cabin crew and engineers.

Ryanair will operate 300 weekly flights to/from Malta this Winter giving Malta’s citizens/visitors the greatest choice of destinations at Europe’s lowest fares while driving year-round inbound tourism to Malta. Customers can now book a well-deserved winter sun or city break directly on www.Ryanair.com from just €19.99 for travel between Oct’22 and Mar’23. 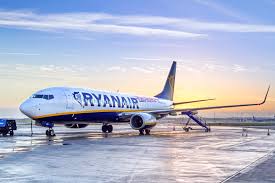 In addition to delivering record traffic and tourism growth, Ryanair is also a major investor in the Maltese economy having committed over €620m to the island with 6 based aircraft – including 2 greener B737 “Gamechangers”- and our new state-of-the-art aircraft maintenance hangar, supporting 500 direct highly paid aviation jobs on the island. This investment underlines Ryanair’s commitment to Malta’s economy with industry leading aircraft operations and maintenance, and we continue to work closely with the Maltese Govt in leading Malta’s post-Covid tourism traffic and jobs recovery.

Maltese citizens/visitors can book their well-deserved Winter getaway at the lowest fares on Ryanair.com from just €19.99 for travel from Oct’22 until Mar’23.”

CSR and Volunteering – make it work for you