Matthew Sacco is a recent computer engineering graduate from the University of Malta. He is passionate about being in a team environment that strives towards a common goal. Matthew is also keen on sports, mainly opting for long runs outdoors.

Matthew is one of the three experts on the panel for Blockchain for Beginners – a talk in aid of the Save Valletta Skyline appeal that will take place later on this month; and succeed.com.mt gets to know a little bit more about Matthew, blockchain… and of course the event itself.

Why did you choose to work in blockchain? 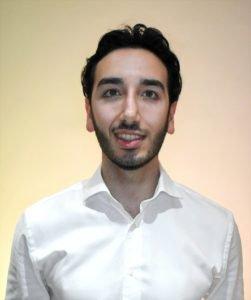 It was just after I graduated and I had no clue about where I’d like to apply for my first job. I unintentionally had picked up the book “The Blockchain Revolution” and I was hooked. I delved in learning all about the technology until 6 six months later I landed the job at Ledger Projects and started working on various projects.

Why is it important for people to learn about blockchain?

It opens opportunities. We live in a fast-paced world, driven by technological advancements one of which is blockchain which has reached global recognition in the past two years. Its concept is revolutionary, bringing together technologists, lawyers, finance professionals, governments and businesses globally. It often happens that in such a rich environment, opportunities on all fronts emerge.

Is the blockchain revolution really pointing the way to the future?

As a technology, blockchain stands among other technologies that can be utilized for a particular goal. It has its features that must be well-known prior to its use. It is not a technology that does everything, so whenever it is used it will be part of a technology stack. However, indirectly Blockchain has pointed the way to the future, in the sense that it was the latest major global technological ‘phenomenon’ that gathered a lot of people together from across the globe. In general, we’re becoming more connected in various ways and blockchain was the source that led to a decentralised global network of computer scientists solving technological challenges, conferences being organised, governments and institutions discussing and drafting laws, businesses adapting and start-ups emerging. Indirectly, it has paved the way for collaboration like never before.

The Blockchain for Beginners’ event is being held in aid of The Save Valletta’s Skyline Appeal – an aspect of the future fusing with the past.  What are your thoughts on this ambitious but important appeal?

Initially, I was shocked to hear about the situation of the Cathedral and more so about the fact that I was just coming aware of it. This event will definitely serve as a mean to spread awareness in a healthy manner. Caring for our heritage will only strengthen our chances of advancing in the future.

And finally, what do you hope audiences will take away from the event?

Definitely awareness on the Save Valletta’s Skyline objectives. An update on the current situation of blockchain in 2019 from a developer perspective i.e. the tradesmen in the field and finally, a glimpse of the past and insight about how fast we’re heading into the future through technology.

Blockchain for Beginners – a talk in aid of Save Valletta Skyline will be held at Palazzo De la Salle, Valletta on 28 March 2019 at 6.15pm. Tickets may be booked in advance via email on petragd@guisthall.com. This event is kindly sponsored by Charles Grech and Fifth Flavour.

How to spot a liar