Monique Chambers talks to Jay and Trudy from XFM 100.2 radio about broadcasting throughout the Covid-19 period. 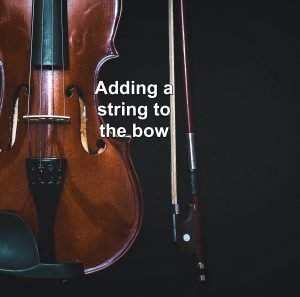 The media never sleeps and although considered a front- line service, they are often overlooked. But the media are who informs and entertains and throughout this period also educated and listened, using their reach to help people in need and keeping morale high.

“We initially did the radio shows with one co-host in the studio and one over skype but soon found and downloaded software specifically for media, which enabled high quality sound and the ability to edit on the fly, which is important in a live show!

We had to stop all guests coming to the studios and we also had all the non-broadcasting staff work from home and where possible, we used pre-recorded shows for those which didn’t have the necessity to be live. The breakfast show also had a change of line up and my new co-host doesn’t live on Malta so we had to factor that in. 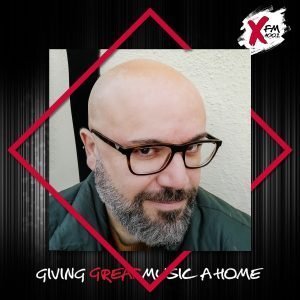 Both Trudy and I came in each weekday bringing our own mics and headphones and sanitising the workspace at the end of our shows. We changed the times of both the morning and the drive time slots as people were no longer travelling to work en-masse, so the breakfast show moved from 0600 to 0630 and now it’s at 0700 and the drivetime show which was 1600-1900 moved to 1500 to 1800. We weren’t sure at first that people would still be listening as many of our tribe listen in their cars, but we were pleasantly surprised.

Of course our content was affected, with no guests, weather not really determining anything, no sports, no events and no traffic, we had to work a lot harder to entertain. We had help though, audience participation was high, people would inform us where there were roadworks, or wild animals crossing the road. It was quite entertaining for us too!

Audiences were waiting for Charmaine Gauci’s daily spot and we felt it was our duty to discuss and informed as well as keep the audiences going with good news stories and comedy slots which we had feedback on people actually being able to hear the whole joke rather than be getting out of their ca half way though – or risk being late for work on ‘normal’ days.

Schoolkids also who would hear us on the way to school became firm fans and families in general were listening for longer. I must shout out to all the parents who clear up any risky double entendre that is spewed! Thankyou!

My co-host, Corinne Muscat, is in Gozo – that’s fair social distancing! We manage well and may continue the show on this basis – who knows?

We are however seeing the traffic coming back so my ‘late nights’ may have to change again. We’re not yet getting guests into the studios even though they are rather spacious, we’re seeing how things unfold. We’re lucky to still get the occasional edible gift – it is a strange feeling being in the room talking to yourself – working with one of you remotely means reactions are different and its more difficult to read them.

Trudy Kerr steps in “ in my case I’m used to having guests on my radio show every day, otherwise I fly solo, so I’m super grateful for all the listeners that called in to chat or comment on something, and I think we were all lucky that such great music was launched too, locally and internationally. That kept me rocking in my seat!

The time change is still something to get used to – I was always the one arriving at dinner just on time but now I’m the one racing from other commitments of event management and hosting to get to the studio to prep for the show around 1430. But at least I get home earlier to walk my pooch and get ready for the evening with time to spare now! Events have started to trickle on to the radar, and XFM will be there to entertain, inform and keep you company.